Frog and Toad
The first performance is from a story by Arnold Loebel called ‘Cookies’. It is from the collection ‘Frog and Toad are Together’. It focuses on the concept of willpower.

It was performed to a whole year group of 10-year-olds. After some pupils volunteered to mark up the script. Perhaps a p4c stimulus could be shared with a large group like this. Each class could later have its own discussion. Significant ideas could be shared between classes in writing or even by further RT performances. 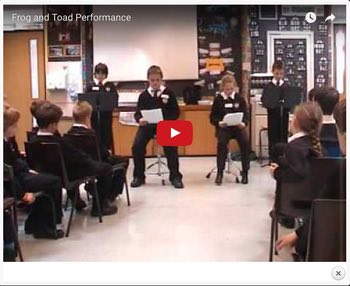 Birbal
The second performance is a from a story about a character called ‘Birbal’ who was an adviser to the Mughal emperor Akbar. There are many stories of Akbar and most are humorous. This is performed by a group of 14-year-olds. It could stimulate questions about lies and lying and also draw out distinctions between overlaps and distinctions between concepts such as cunning, intelligence, wisdom, cleverness and so on.

Here is a link to a copy of the script  Birbal (1) which I provided for the group. 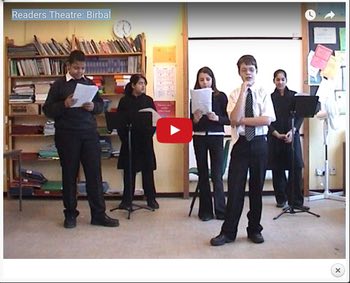